Collaborative Approaches to the Provision of Climate Services in South America

The production of relevant and usable knowledge to enhance decision-making is a long-term challenge that academic and operational institutions continue to face. Despite the renowned advancements of climate science in monitoring and forecasting, there are still gaps between the climate knowledge that is being produced and its social and extensive use. To overcome diverse barriers to the use of information, since 2009 the exploration of channels of regular communication and innovative partnerships among researchers, operational institutions and stakeholders has become a priority in South America.*

Anthropologists have been playing an essential role in this collaborative network  not only analysing the production, circulation and use of climate information but also nurturing reflexivity and awareness of the complex nature of building relationships and ensuring their sustainability over time.

Our group of six anthropologists from Argentina and Brazil carried out fieldwork within the frame of a five-year Inter-American Institute for Global Change Research (IAI) funded project entitled “Towards usable climate science ˗ information for decision-making and the provision of climate services for agricultural and water sectors of southeastern South America” (2013-2018). Researchers of climate sciences, social sciences and agronomy, as well as a wide range of stakeholders (government agencies and non-governmental organizations) in Argentina, Brazil, Paraguay, and the United States constituted a Collaborative Research Network (IAI-CRN3035) to contribute to the provision of climate services in southern South America.

A major design feature of the project was a close partnership and continuous interaction with a Regional Climate Centre for South America (RCC-SSA) established by the World Meteorological Organization (WMO) in 2011. The challenge of coordinating and participating in such a complex, multinational, multi-institutional and interdisciplinary team shaped the expectation that an approach in which social sciences were essential components would make a difference in some way.

A ‘New Paradigm’ for the provision of climate services: Networking and dialogue with users

The aim to provide climate services in South America has highlighted the need for sustained interaction between producers of climate information and those who make sense of it. This applies whether they are intermediate users (i.e. academic or operational professionals) who work on climate products such as maps, reports, models etc., or end-users (agricultural producers, farmers, peasants, governmental agents, etc.) who make decisions on the basis of climate information.

The Global Framework for Climate Services (GFCS) - launched by the WMO in 2009 - channelled many initiatives that were conceived as a ‘new paradigm’ by meteorologists, hydrologists and agronomists working in academic and operational organizations of the region. However, information providers realized that the knowledge about who the users were and how they understood climate products was found to be precarious and insufficient. Social scientists were invited to participate and facilitate the monitoring and implementation of the new paradigm. As “embedded anthropologists”, we have documented several cases of interaction between scientific and operational institutions, which, led by the National Weather Service (NWS) of Argentina, rose to the challenge of generating the participatory spaces required to meet the goal of providing climate services in the region and the country.

Each type of user brought to light obstacles to be overcome by academia and institutions charged with operational responsibility. At the heart of the difficulties lay the lack of a preliminary mapping and characterization of the audience to be invited to participate in these interactive spaces. A proper identification of who the ‘users’ were, and how they used and made sense of climate information, emerged as a gradual consequence of face-to-face interactions and inter-institutional engagement. Among the participants, we witnessed an increasing sense of ownership of the problem of the gap between the climate knowledge that was being produced and the social appropriation and extensive use of such information (Dilling & Lemos, 2011). Collaboration triggered a self-reflexive stance that transcended the issue of the provision of climate services to urge a collective consideration of how to improve social appropriation of knowledge. Institutional scientific reflexivity and self-examination became crucial to make knowledge relevant to society (Rayner & Malone, 1998).

The organization of meetings with different profiles of users in Argentina allowed us to monitor how participants made sense of the orientation towards usability of climate science. This turned out to be more complex than expected. 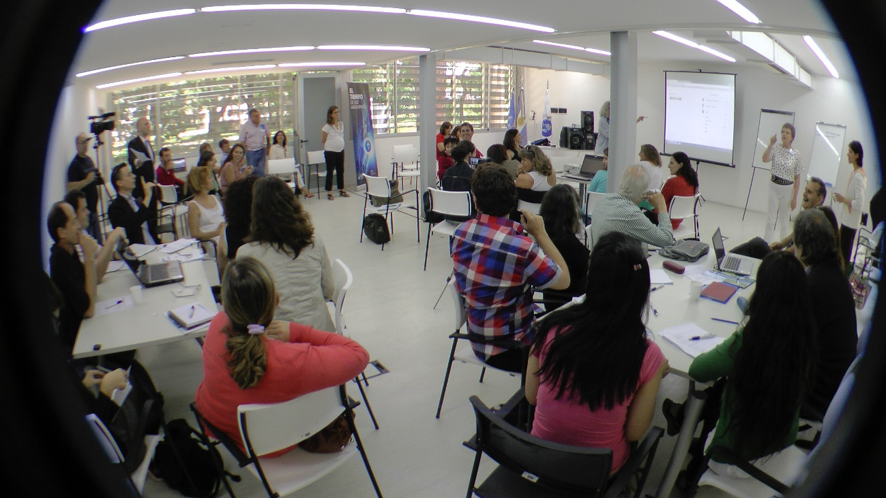 First participatory meeting with ‘intermediate users’ involved in the provision of climate services in Argentina, 26 November 2014 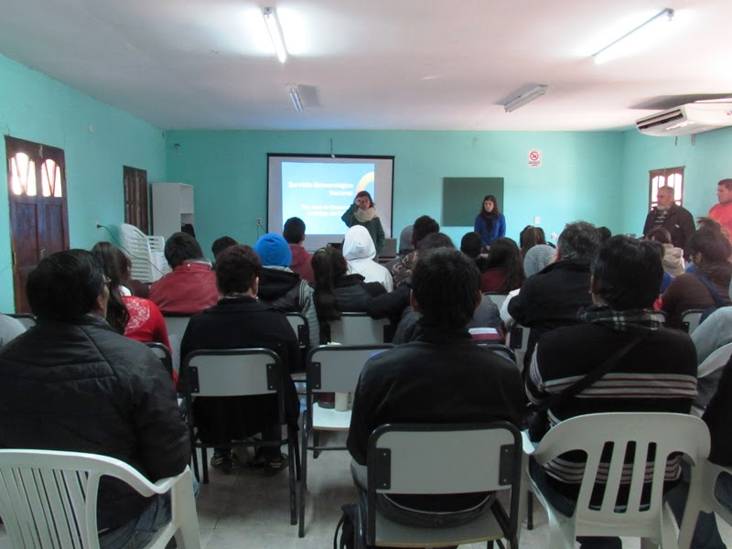 Firstly, the implementation of the new paradigm implied reorganizing the intra- and inter-institutional relationships and rethinking research and operational agendas to create local interactive spaces with different audiences. Achieving this goal depended, to a large extent, on an appropriate characterization of the different types of users that the NWS aimed to reach, their particular dynamics, and the socio-cultural and political contexts that influence the access and use of information. Hence, generating spaces for dialogue became the key to achieving a contextual understanding of the decision-making processes and thus producing relevant, timely and useful information.

Secondly, the interactive spaces allowed information providers to specify objectives well beyond the provision of information, to make visible the value and quality of the service they provided and thus to (re)position themselves as the authoritative voice for the users, achieving recognition of their work and recovering institutional legitimacy. The challenge grew alongside the firm institutional decision led by the Argentine National Weather Service to address vulnerable users of rural zones of the country (e.g. those located in Santiago del Estero province). In this sense, the proper identification of who the ‘users’ are and how they use and make sense of climate information emerged as a gradual consequence of face-to-face interactions and inter-institutional engagement.

Thirdly, our research has highlighted a process in which institutional recognition of the complexity of the ‘user’ approach has triggered a reflexive framework, which is crucial in generating socially relevant knowledge and services.

In sum, we hold that the systematic and deep reflexivity was enhanced by the active participation and collaboration of the anthropologists. Furthermore, we suggest that underutilization of climate information could be overcome by close, frequent interaction that help build trust, credibility, legitimacy and relevance of the climate information (Cash et al., 2002). The success in the construction of a useful climate science will depend on the sustainability of interactions over time. Increasing the quantity and quality of the information is a necessary but not sufficient condition. Reducing the gap between science and society will depend on the ability to make the most of the actors’ enthusiasm for building collective knowledge, opening up institutions to society and generating frames of long-lasting interaction and commitment

Cecilia Hidalgo is Plenary Professor at the University of Buenos Aires and also the Principal Investigator of the CRN3035. cecil.hidalgo@gmail.com

The research was funded by the Interamerican Institute for Global Change Research (IAI-CRN 3035) which is supported by the US National Science Foundation.